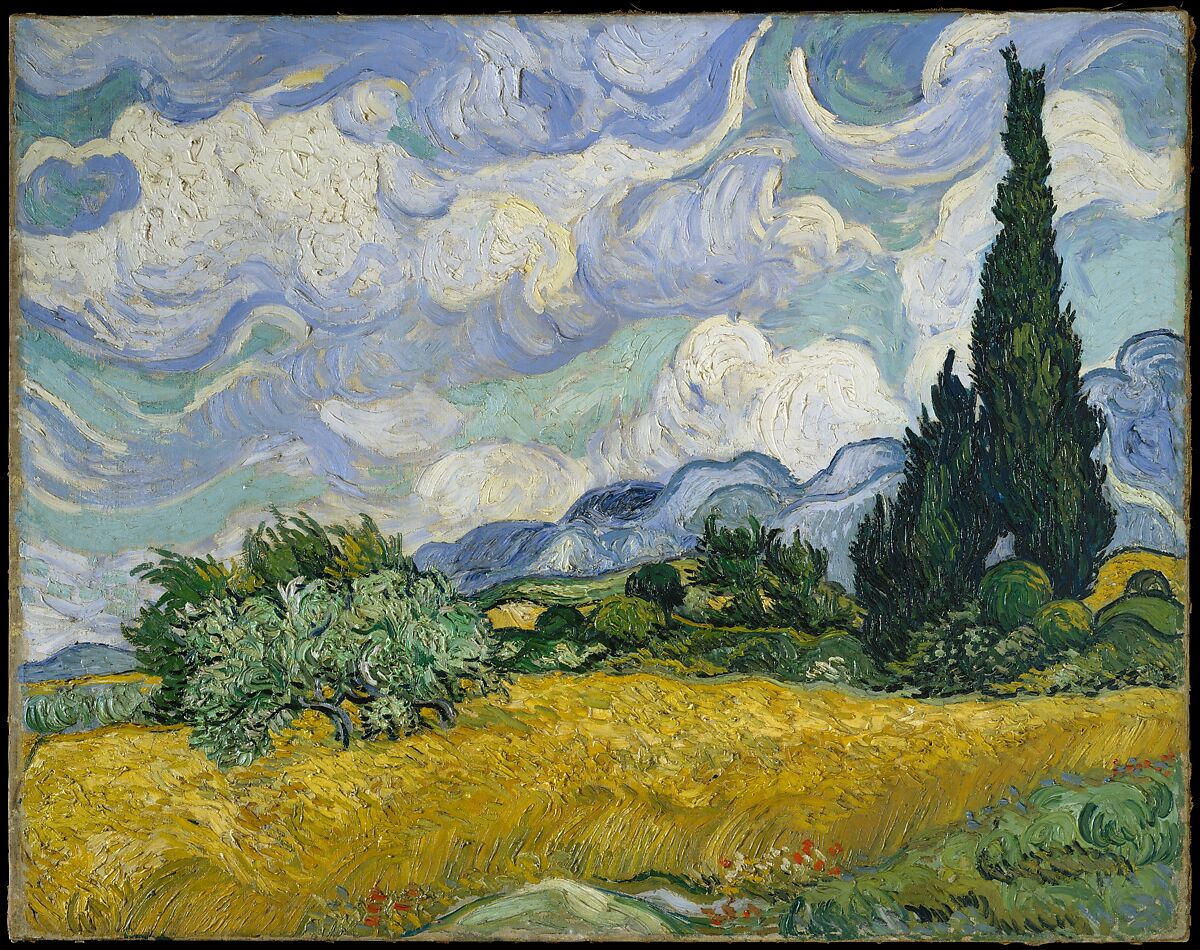 Wheat Field with Cypresses is Van Gogh’s first naturalistic study of a composition that he later replicated in three additional versions: a huge reed-pen drawing, Van Gogh Museum, Amsterdam, 47.1 x 62.3 cm, and two painted studio variants, one of which is currently in the National Gallery, London.

By late June 1889, when he decided to devote one of his first series in Saint-Rémy to the towering trees, cypresses had taken a foothold in Van Gogh’s oeuvre. Exuberant on-the-spot works like the Met’s close-up vertical image of cypresses (49.30) and this majestic horizontal composition, which he drew in reed-pen drawings sent to his brother on July 2, are notable for their rich impasto. The present painting was considered one of Van Gogh’s “greatest” summer landscapes, prompting him to create two studio copies in September: one on the same scale (National Gallery, London) and the other a smaller replica, intended as a gift for his mother and sister (private collection).