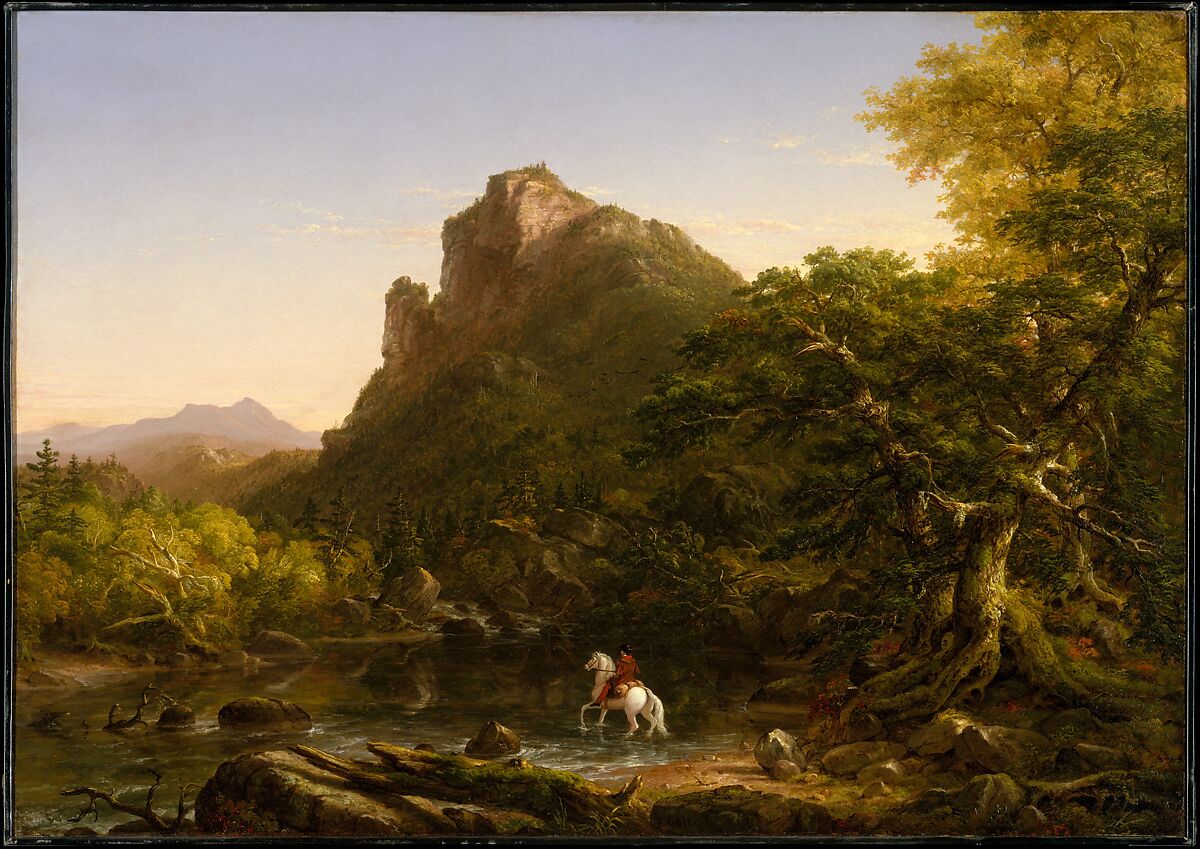 Painted two years before Cole’s early death, this picture appears to be the record of an entirely imagined vision, with an implied symbolic meaning. The mountain in the center, with light at its summit and shadow at its base, dwarfs and dominates the forest around it. Civilization has laid no mark on pure nature. Just at the edge of a murky body of water, however, a horseman appears on a hesitating white mount, pausing momentarily before plunging in to ford the dark and frightening depths. This confrontation of man and wilderness draws on a long allegorical tradition of the lonely rider journeying through an awesome world.