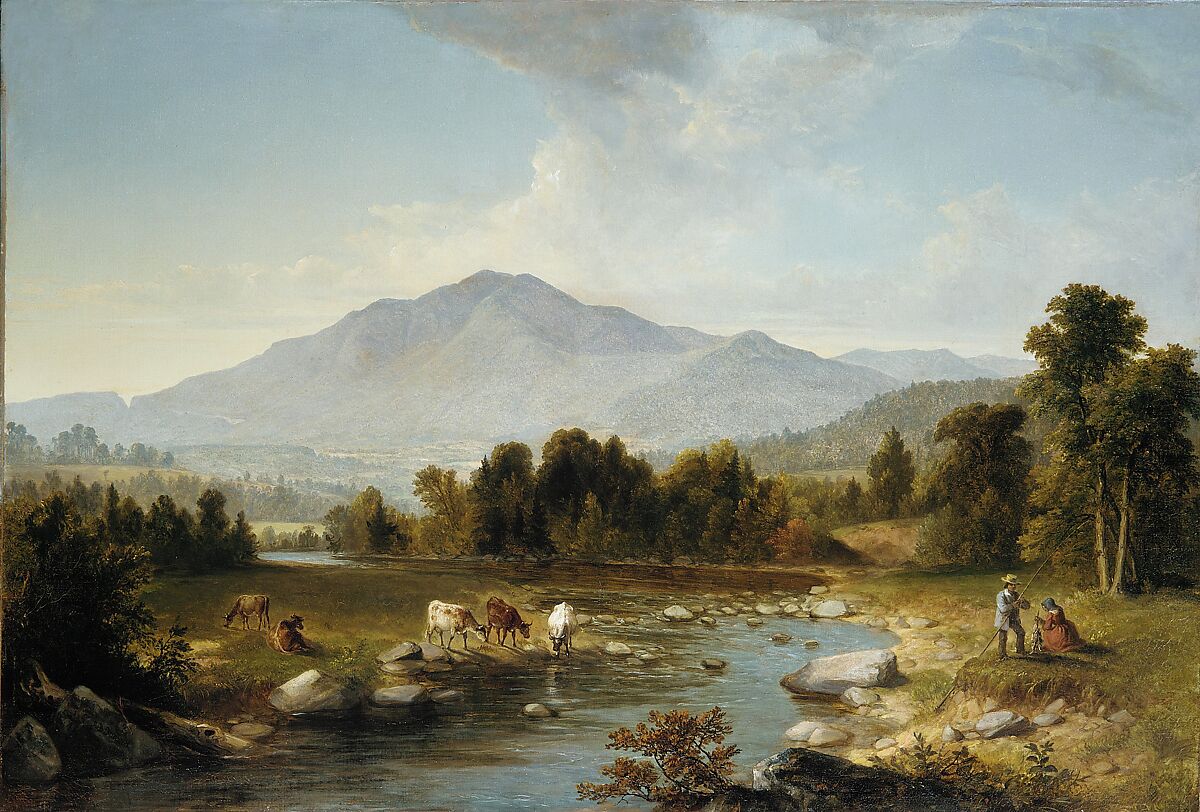 This painting, which was initially displayed in 1853 at the National Academy of Design’s annual exhibition in New York City, depicts a scene near Olive, New York, where Durand spent the summers of 1853 and 1855. During those months, he revisited sketches he had made of a neighboring peak, High Point (also known as Ashokan High Point), during a previous trip to the area in 1847. In this painting, the artist focused on showing light and shade in the type of pastoral setting popular with an increasingly urban American public—represented here by the couple fishing on the bank of the stream, enjoying the richness of nature—in contrast to his enormous “historical landscapes.”